"Mastering Difficult Coversations" with Janet Taras
On Tuesday 14th August, CEW had the pleasure of hosting the fifth Young Executive event at the Hearst Offices. The evening began with Steve Miles, Associate Publisher at Cosmopolitan Magazine welcoming the room to the event and introducing the dynamic Janet Tarasofsky, an award-winning speaker determined to use ‘courageous conversations’ to develop strong leaders. Janet, who founded a company called Speaking Rights, introduced the evening with an anecdote, telling the room a story of how her mother frequently reminded her that “if you don’t have anything nice to say, don’t say anything at all”, quickly disagreeing, she noted that there are consequences to holding back from confronting challenging situations.
The audience agreed with Janet while she explained that having courageous conversations is hard enough with friends, let alone in the workplace. As women, it is vital that difficult discussions are not avoided as frequently as they are, “a recent study in the US revealed that 70% of US workers avoid conflict”. Tarasofsky expressed her belief that the underlying truth behind the difficulty in conflict is within the word itself: “the dictionary defines conflict as ‘a struggle’ or ‘a battle’, and these are not words that are going to inspire you”.
Having expertly recognised the subliminal reasons as to why difficult conversations in the workplace are so difficult, Janet elaborated on her tried and tested DARE strategy.
D-iagnoseDiagnose three areas of how having this conversation can benefit your company and establish what will motivate you to make this conversation happen. Janet made it clear of the importance to find what is driving the behaviour of the person you are having the discussion with and align yourself with this; all of which can be learned through asking questions.
A-cknowledgeAcknowledge yourself. The second step discussed by Janet involves acknowledging your own biases and personal style that can influence how the conversation may go. Understanding that our language can be interpreted differently by the people we speak to is vital.
R-ecogniseRecognising the behaviour of the addressee is vital in order to ensure that conversations are successful, this will ensure that the tone is reflected and you can be confident that the timing is appropriate to approach conflict.
E-xecuteLastly, it is imperative that you find the motivation to have this conversation. Your values are just as important as everybody else’s, find what is driving you to inspire the conversation. Janet stressed that the most critical question that should be considered is: “what are the consequences of not having this conversation?”
Following through with Janet’s DARE strategy will ensure that the courageous conversations are executed to result in a happier work environment.
CEW thank Janet Tarasofsky for addressing and assisting our Young Executive members on such a difficult subject. Speaking Rights offer training courses on leadership and communication along with keynote speeches. Her most recent programme is called: Learning Authenticity and Charisma from a rap song. Contact jt@speakingrights.com for more information. 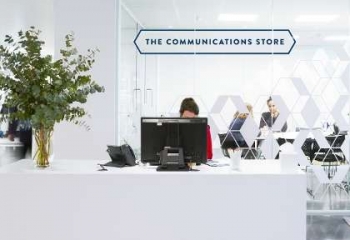 The Communications Store: Covid-19 The Importance Of Staying Social

In these unprecedented times, social channels are taking on a new level of significance and value. The more our physical connection and communities are limited, the more we are turning to,… 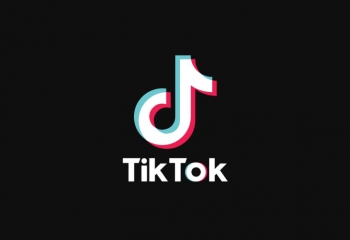 TikTok has recently launched its new “TikTok for Business” website, offering digital marketers an innovative and modern-day approach to expanding their audience reach. The new TikTok for Business platform offers… 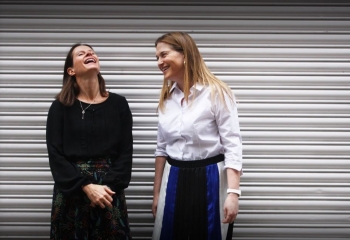 We’ve seen much in industry news these past couple of months demonstrating that consumers are happy to continue see brands advertising, provided that the messaging feels authentic and has purpose.…