The Song Remains The Same with Spring Studios

“The Song Remains The Same"
CEW welcomed Robin Derrick, Global Executive Creative Director of Spring Studios, to the stage to share his expertise and explain how brand storytelling follows a distinct pattern. Creative Director at British Vogue for 19 years, and 5 years for Giorgio Armani, Robin is one of the most experienced Creative Directors in the world and an expert on creating aspirational content for luxury brands.
Citing the Led Zeppelin film ‘The Song Remains the Same’, Robin believes that fashion and beauty tell a distinct story that has been the same since the early days of the communications industry.
He argued that brands use a few simple mechanics to tell their story, using the oldest photographic print from British Vogue to show that little has changed in close to a century. Featuring an aspirational image of the Marquis of Paris, with a detailed description of what she’s wearing, the print is scarcely different from a product Instagram of Kim Kardashian today. While technology and society changes, the principles of aspiring to an image and hoping to emulate it remain.
Tips and tricks have remained relevant for modern day audiences too. Magazines once published a step-by-step guide to getting Jean Harlow’s look, we now learn how to contour via YouTube.
Although marketing tactics around products have changed and brands have found new ways to sell their products, Robin argues that product innovation isn’t a massive driver in the beauty industry. Mascara released in the 1940s will achieve similar effects as one released last week. Trend products also come and go, with old products being repackaged and sold as something new. The current penchant for face masks have come from Korean beauty trends, and retro pan sticks have been repackaged and repurposed as a new innovation.
Another tactic employed by beauty brands is the appointment of celebrities, models and ‘it’ girls. Since Twiggy flaunted her eyeliner in the 1960s, collaborations are commonplace. Today, the world of influencers is muddied by social media. Models and personalities now have Instagram followings akin to BBC ratings and brands are eager to tap into these impressive audiences. Brands simply cannot ignore these followers and have devised a number of ways to tap into this, some more successful than others.
Whereas notable personalities have influence, this may already be old hat. Robin argues that the new wave of social influencers are prosumers. Practically unknown to the general public, some make up social media personalities have followers into the millions. This is territory not to be ignored by big brands and some are successfully showcasing this talent. Brands that repost fan posts are rewarding these prosumers with social fame and so tapping into the arena.
Robin questioned whether our society was veering towards a fulfilment of Orwell or Warhol – are we having our 15 minutes of fame as Warhol predicted, or are we facing an Orwellian big brother society? He tends to think it’s more Orwellian but the surprising thing is that we’re buying the cameras ourselves and that we’re upset if no one is watching.
CEW’s Mentoring Series - where leading executives offer insights into beauty industry issues and inspiration for professional growth.
Hosted by 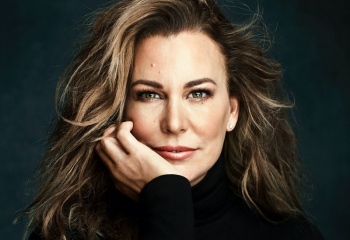 The Unilever owned, luxury skincare brand is working with non-profit charity, Become who provide support services to children in care, as they adjust to leaving the system and begin their… 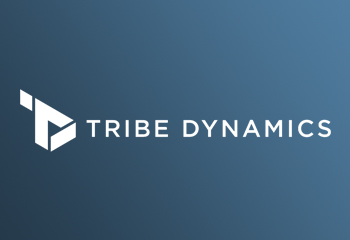 We are delighted to share Tribe Dynamics’ Q1 2021 Indie Beauty Debrief. The debrief spotlights notable indie beauty brands across cosmetics, skincare, and haircare in the U.S., along with two… 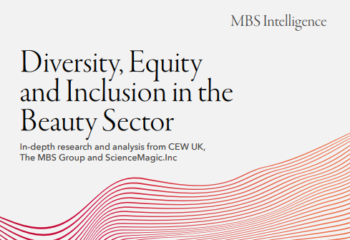 Diversity, Equity and Inclusion in the Beauty Sector

CEW UK is delighted to share the publication of the Diversity, Equity, and Inclusion in the Beauty Sector report in partnership with the MBS Group and ScienceMagic.Inc. This first-of-its-kind report…