Formula Botanica, the award-winning, online, organic cosmetic formulation school, and recipient of CEW’s Digital Achiever Award celebrated reaching the milestone of enrolling its 10,000th student when it opened its courses for summer term enrolment in early July.  This latest intake saw a surge in numbers with over 1,000 new students signing up for studies across the school’s now 10-strong course curriculum.

Formula Botanica welcomed a student from the USA as its 10,000th enrolment, while also extending its reach to a further two countries; the Caribbean states of Grenada and Dominica. The school now teaches in some 164 countries with a student cohort truly spanning the globe.

With courses accredited by the UK’s Open and Distance Learning Quality Council and receiving industry recognition for excellence in the design of its learning content, Formula Botanica is leading the global green beauty movement. Its pioneering online courses in organic formulation train students from beginner- to advanced-level formulators and include specialised Diplomas in Beauty Brand Business Management and CPD-style certification in areas such as natural cosmetics preservation.

The school, which has seen an annual average rise in new students of just under 50 per cent for the past three years, is predicting even faster growth in the near future as awareness of the benefits and business opportunities offered by natural cosmetics heightens.  The global natural cosmetics market is predicted to grow at an annual rate of 5.01% to 2025 with the boom driven by shifting consumer perceptions around natural ingredients in cosmetics.*

Formula Botanica CEO Lorraine Dallmeier said that the school’s growth was not only a result of predicting and fulfilling demand for quality-assured, certified training in organic cosmetic formulation, but also due to its increasing role as a thought leader and trusted voice on natural cosmetics within the industry as a whole. “When I took over the fledgling school in 2014, it had around 300 students.  At that point, we were all pioneers in natural and organic formulation and somewhat fringe to the mainstream cosmetics’ industry. Now, as we celebrate enrolling our 10,000th student, Formula Botanica has not only grown its own community of impassioned, natural cosmetic formulators, but gained also a crucial role as a valued partner engaged in fruitful, mutual debate with other sectors of the cosmetics’ industry.”

Lorraine Dallmeier, who is consistently ranked among the leading personalities in Beauty Shortlist’s ‘Who’s Who in Natural Beauty’, gave a keynote presentation at last year’s in cosmetics Global event in Paris entitled ‘Challenging the assumptions of naturals in cosmetics‘. One of the main themes at the event was how indie and natural cosmetics had gone mainstream; a fact acknowledged by in-cosmetics Global 2019 as this was the first exhibition that included a dedicated Indie Beauty Trail.

To celebrate its 10k student mark, Formula Botanica is running a competition which started on 27th July on social media designed to encourage prospective students as well as reward current students.  The winner will receive a free course of their choice.  “Our students have always been our greatest advocates and we wanted to find a way to share our achievement with them. By offering a free course enrolment to the winner, we are giving both new and current students a chance to gain something of real value to them whether they are starting out in natural formulation or looking to further their studies”, said Lorraine Dallmeier.

To find out more about the competition and how to enter, follow @Formulabotanica on Instagram,  Facebook and Twitter. The competition launched on Formula Botanica’s social media on 27th July with stages released over several days and will close at midnight tonight!

For more information on Formula Botanica visit their website here and to enter the competition click here. 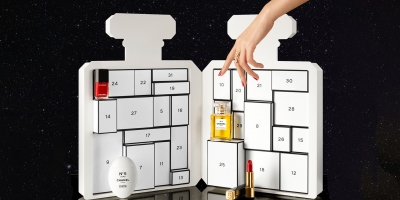 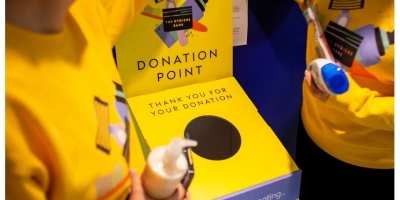