Convened by UN Women, the Unstereotype Alliance was founded in 2017 with the mission to eradicate harmful stereotypes in advertising, by harnessing the influence of the global advertising industry. Since the alliance’s formation, national chapters have launched in 9 countries across 5 continents to tackle culturally nuanced stereotypes on the ground.

The UK chapter has a strategic focus of adopting an intersectional approach to tackling deeply ingrained inequalities in the UK with a specific focus on women of colour.

The first anniversary milestone was marked with an event at the Houses of Parliament at which Alliance members, and allies, convened to review the progress made by the Chapter in its first year The UK Chapter is the largest in the alliance’s 9 national chapters with 24 members and 10 allies.  These include global brands, Unilever and Mondelez and media giants Sky, Facebook and Google. LinkedIn were also announced as newly joining members, with industry body CEW (Cosmetic Executive Women) joining as an ally.

To mark the one-year anniversary, Unstereotype member UM, revealed the results of a landmark study exploring the lived experiences of UK women of ethnic heritage, which is a priority area of work for the Chapter. The survey, powered by Panelbase, was designed in partnership with Bloom in Colour, Creative Equals, Media for All, People Like Us, WACL and WIRe (Women in Research).

The nationwide survey interviewed 2,000 women in the UK with a priority focus on representing the experiences of women with Black African, Black Caribbean, Jewish, Middle Eastern, Southern Asian and South-east Asian heritage, as well as White British women for comparison. The survey found:

The Unstereotype Alliance alongside UM will soon unveil the full findings of the research including an analysis across heritage groups and intersectional findings, identifying the impact of class, disability, faith, parenthood, geographical region of the UK and sexual orientation in affecting women of ethnic heritage circumstances and opportunities.

“On behalf of CEW UK I am immensely proud that we are joining an Unstereotype Alliance.

Convened by UN Women, the United Nations entity for Gender Equality, the Unstereotype Alliance brings together partners and seeks to collectively use the advertising industry as a force for good to drive positive change all over the world. The beauty and wellbeing sectors have a huge role to play in this vital work and CEW UK will work closely with The Unsereotype Alliance  to make real and positive change.

The UK is one of the largest and most powerful beauty markets in the world and CEW UK, as the leading professional organisation for the business of beauty in the country has a pivotal role to play.”

“ As the Managing Director of CEW UK, I am delighted that we are joining the Unstereotype Alliance, UK Chapter.

The UK is the fourth largest beauty and wellbeing market, globally, and CEW UK is part of a global membership organisation with 10,500 members who share a single passion – beauty.

I am privileged to have a fantastic board comprised of some of the UK’s biggest advertisers, and together we want to make a difference by collaborating with our fellow UA allies and partners to deliver our shared goals.” 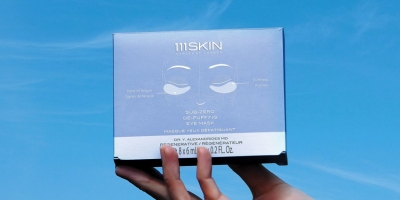 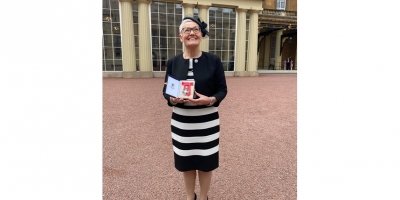